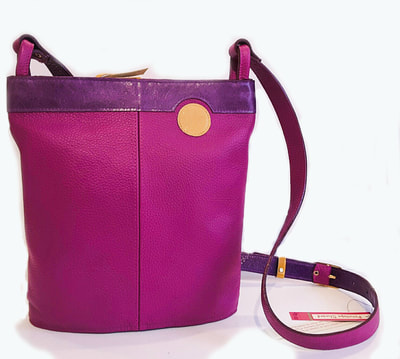 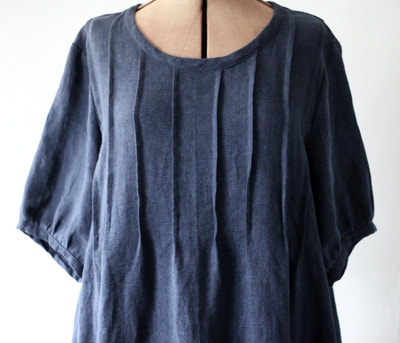 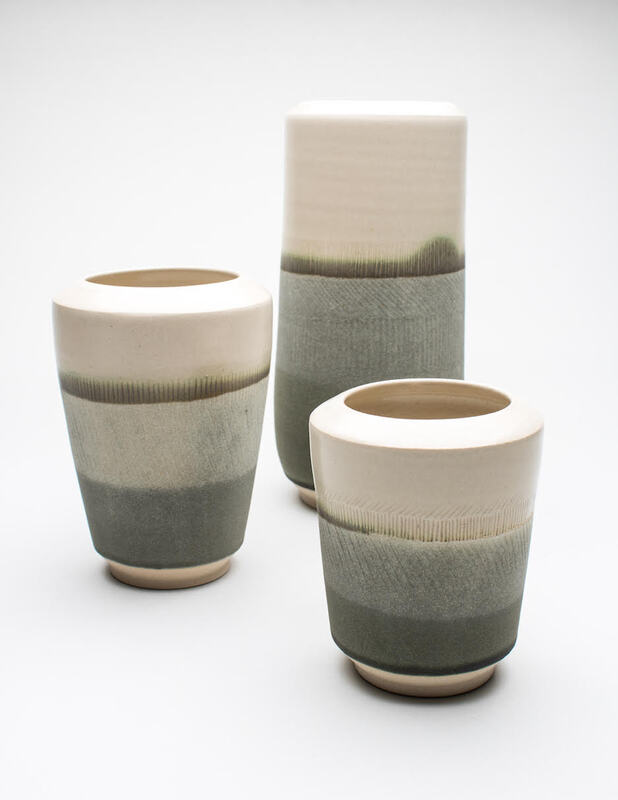 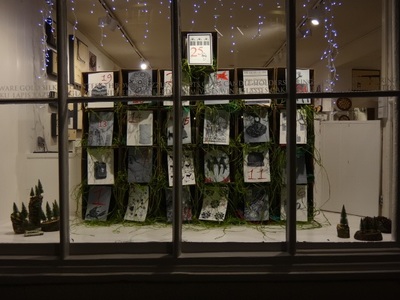 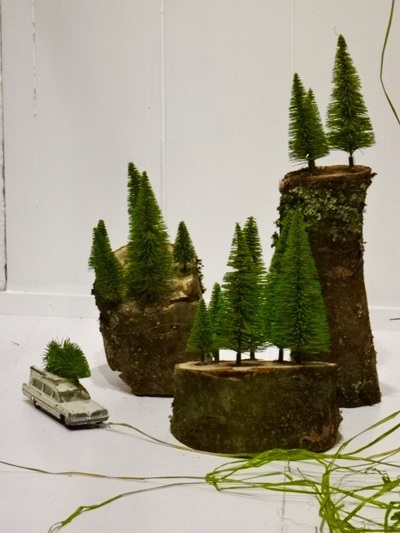 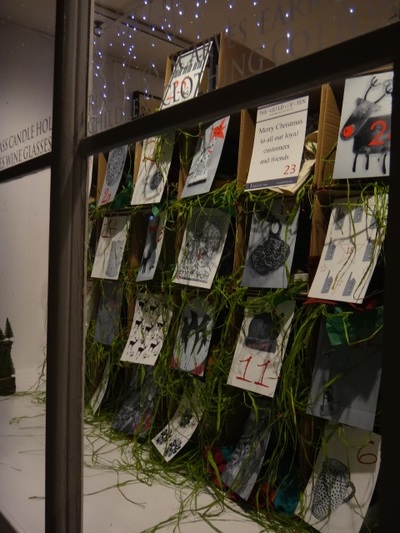 We hope you enjoy our three dimensional advent calender feature window....
​Its beautiful enough with greenery and images

The Guild of Ten at the Cornwall Design Fair 2016: Curated pieces inside Trereife House 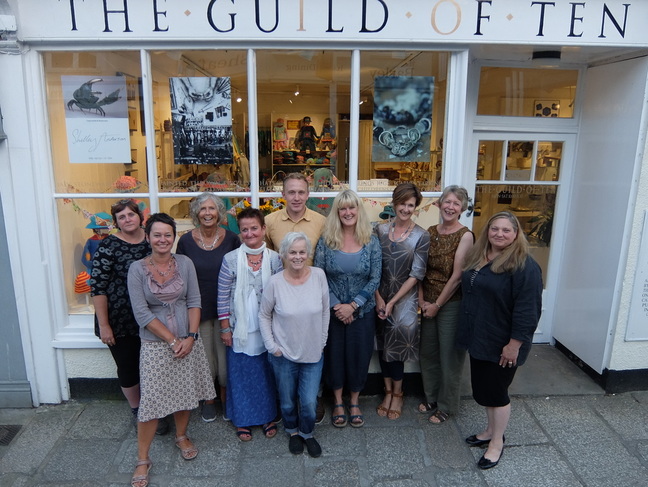 Guild of Ten members outside the gallery in Truro.  As you can see they are a jolly bunch!  Visitors to the gallery, which is open 10am - 5.30pm Monday to Saturday,  will get the opportunity to meet one of the designer makers as the gallery is run by the members.  An idea time to discuss the work & perhaps consider a commission for a special piece.

The Guild of Ten, a Cornwall design co-operative, is delighted to be presenting a showcase exhibition under the Curated Design at the Cornwall Design Fair 2016 banner.
Each room in the historic Trereife house will showcase one-off contemporary design craftwork produced as a direct response to the history of the Le Grice family, and the stylish setting of this ancient manor house.
The Guild of Ten was set up nearly forty years ago, by a group of craft makers living and working in Cornwall. The Truro shop is staffed by members of the Guild, and sells only their original work which includes jewellery, wood, knitwear, metal work, monochrome art, ceramics, women’s and children’s clothes and leatherwork. 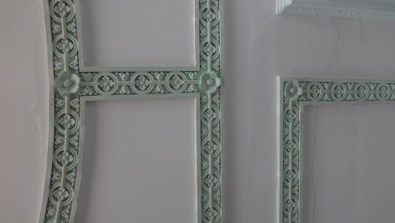 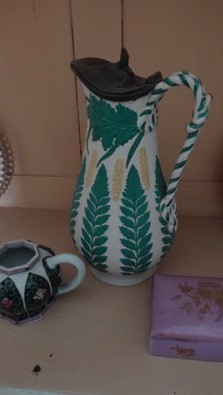 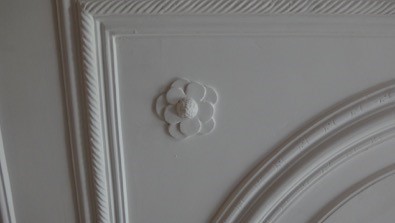 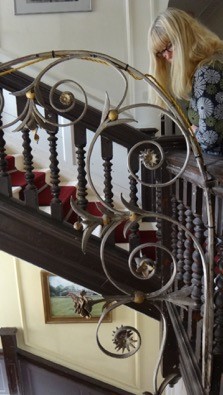 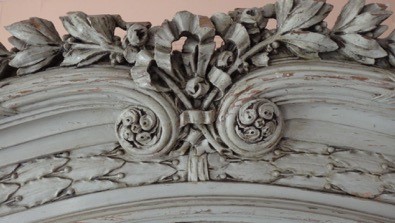 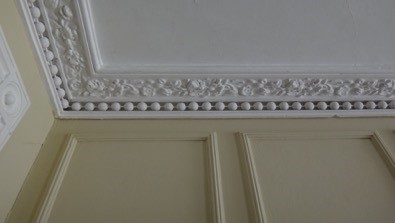 GUILD AWARD 2015 for INNOVATION IN DESIGN AND MAKING 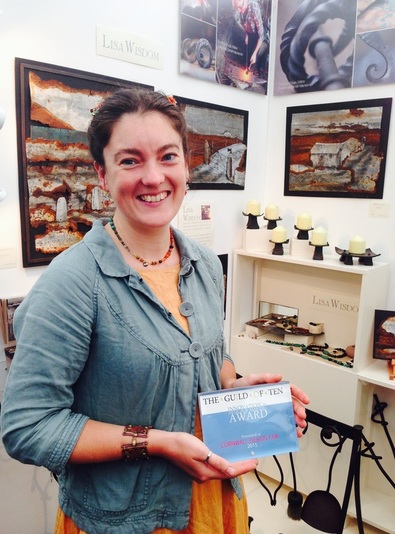 Lisa Wisdom, artist, blacksmith and jeweller of www.smythickforge.co.uk won last year’s Guild Award for Innovation in Contemporary Craft.
Lisa said “I was thrilled to be presented with the Guild of ten Award in Innovation and making at the 2015 Cornwall design fair. It was a wonderful opportunity to show my work in such a well-respected gallery”.

It was during her training as a Jeweller in 2001 at Birmingham School of Jewellery that Lisa was first introduced to the art of Blacksmithing whilst having to make jewellery tools in the Schools Forge. She went on to study at Hereford School of Blacksmithing in 2006, continuing to hone her new found skills by working for Blacksmiths around the UK, France, North America and Canada. On returning to her native Cornwall in 2008, she set up Smythick Forge near Falmouth and started producing a wide range of hand forged interior and exterior ironwork both functional and architectural
Lisa is fast forging a name for herself amongst Cornwall’s leading artists. Now in many private collections, Lisa's work continues to evolve as she refines and develops her techniques. Her recent work includes unique metal landscapes created from a palette of Rust and Copper found on forays into the remote parts of Cornwall. The distinctive scenes of wild moorland stretching down to the copper blue sea, evoke memories of coastal walks. 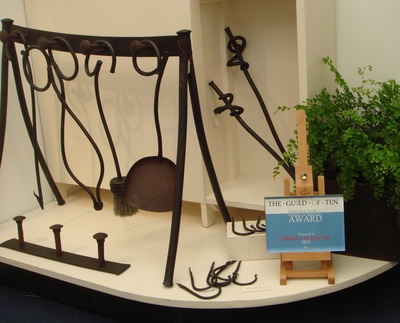 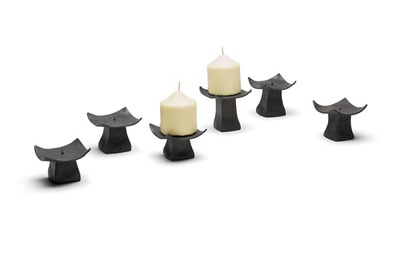 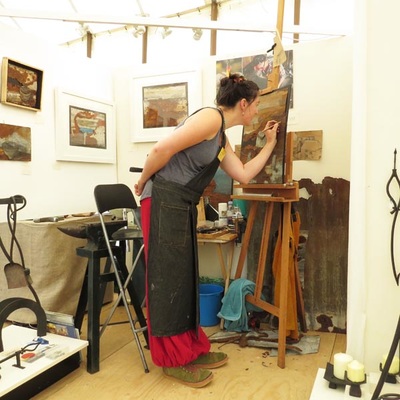 Specimens of Discovery: A themed window for May

Art in the city and a window of unfurling flowers....

Rosie Sutcliffe 'In The Window'

Our award winner Rosie Sutcliffe will be showcased 'In The Window' of the Guild from Friday 18 October until Friday 15 November.
Here is a taste of you will be able to see....and buy! 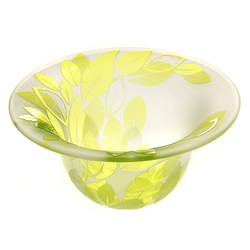 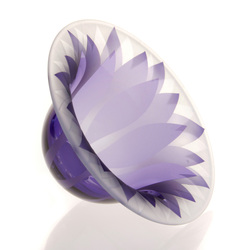 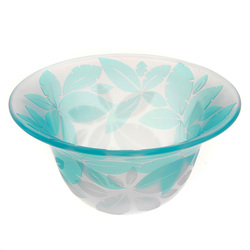 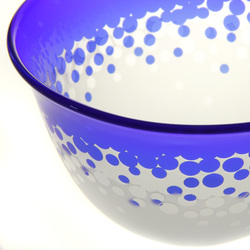 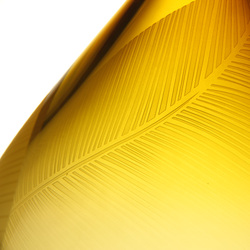 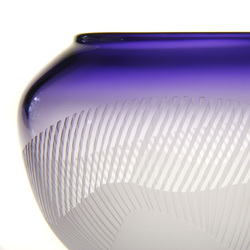 The Guild of Ten was delighted to have a lovely selection of Geoffrey Bickleys beautiful carved birds on display and for sale. Geoffrey started carving in 1993 and uses reclaimed pine whenever possible as it compliments the birds form and plumage. Every piece of wood is different so each carving has it's own unique charm, the bases are usually flotsam and jetsom which adds an extra sculptural quality to his work. 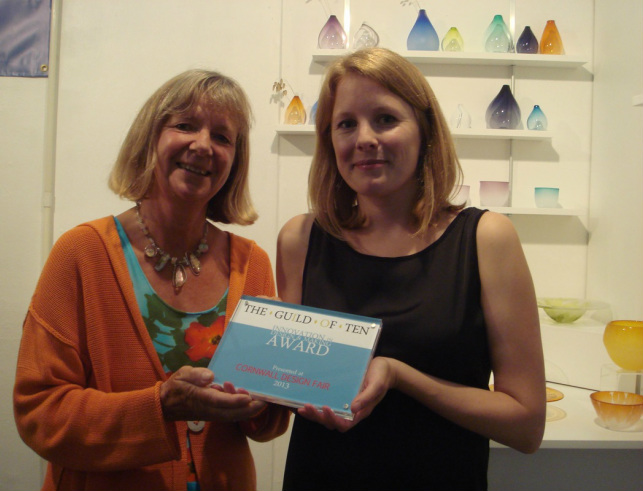 The Guild of Ten Design & Innovation Award was awarded to glass blower Rosie Sutcliffe at The Cornwall Design Fair, Trereife House. This was Rosie's first craft show and it was a real surprise to her when she was presented with the Guild of Ten Award on the preview night. “It had been a hectic few weeks” commented Rosie “and the set up day such a busy one, it hadn't really registered with me that there was a Guild of Ten Award and I certainly didn't expect to win it, so what a huge surprise when it was handed to me followed by a flurry of camera flashes from the photographer.”

Rosie was also delighted to be asked by the Le Grice family to showcase her work in the house itself. “It was great to be able to show off a selection of my contemporary glassware in such a beautiful historical setting.” she said “My work was on display in the pink bedroom which was very feminine so I chose a selection of my more delicate pieces to reflect the space along with a row of colourful drop vases in one of the windows overlooking the grounds.”

The show was a real success for Rosie and a wonderful opportunity to see people's reactions to her work, gain valuable feedback and make those all important sales! The award also includes a £200 cheque which Rosie intends to put towards a stand at her next Craft Fair, and the exciting opportunity to display her work in the window of the Guild of Ten during October and November. “The Guild of Ten in Old Bridge Street is so well established in Truro, it's wonderful to be given the chance to showcase my work there, I can't wait to have all that space to play with.”

Rosie returned to Cornwall in early 2012 to take up the exciting opportunity to train as a glass blower with her dad, Malcolm Sutcliffe, at his studio in Penryn. It never occurred to her that she would end up working with glass herself, instead she went down a different route by studying Illustration at Falmouth College of Arts. After graduating in 2006 she moved to Bristol with the intention of working as a freelance Illustrator, time passed and that dream never really materialized so it was time to try something completely different. “I didn't think of trying glass-blowing before. I always hoped I would end up doing something creative and now that I'm working with glass it all seems to be slotting into place.”

Her style has developed over the past year and a half and whilst building on her skills as a glassmaker she is currently using the technique of sandblasting to create fresh, clean, contemporary pieces, her background in illustration and design naturally feeds into this. Rosie is fired up and keen to get back into the glass-blowing chair and get making again and we look forward to seeing her Guild of Ten window display.